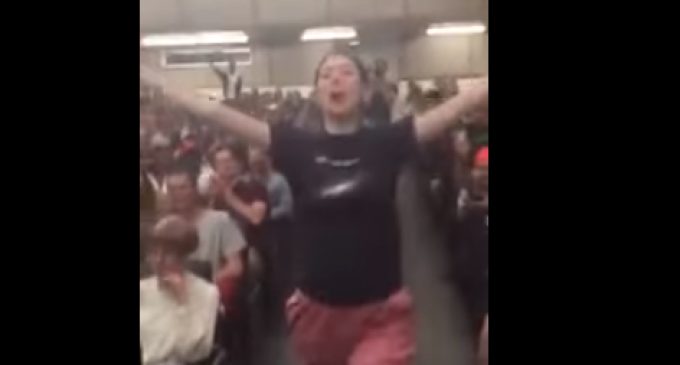 College students have recently abandoned their studies in lesbian and social anarchy film analysis and third world peanut farming repression in Baclavistan in order to cancel the one thing that actually should exist in an educational environment of higher learning, and that is free speech.

It is clear that these tender cupcake students are not versed in logic or critical thinking, and so have embraced the methodology taught by their Marxist professors, which is to shut down the exchange of ideas, and demand “safe” places where they will not be confronted with such offensive things as “facts” and “reality.”

At the publicly funded University of California Los Angeles (UCLA) an event was held for those who chose to attend. Anyone not interested in the presentation was free to go elsewhere, but that was not enough for these fascist Lefty students. The presentation was being made by Milo Yiannopoulous’s in what he bills as his “Dangerious Faggot Tour”, so named because he is both homosexual and politically conservative, a pairing which the protesters refuse to believe is even possible.

Before the event started, groups of protesters gathered outside of the Broad Art Building, where Milo was to speak. A large banner was hung from the third story of a neighboring building, which read: “Bruins Against Hate.” Groups of women and men stood outside holding pro-feminism signs — with black duct tape over their mouths (below).