In the report, Jyothi warned that a solar “superstorm” could “cause large-scale Internet outages covering the entire globe and lasting several months.” The outages would take a while to repair due to inadequacies in submarine cables, a major component of internet infrastructure. 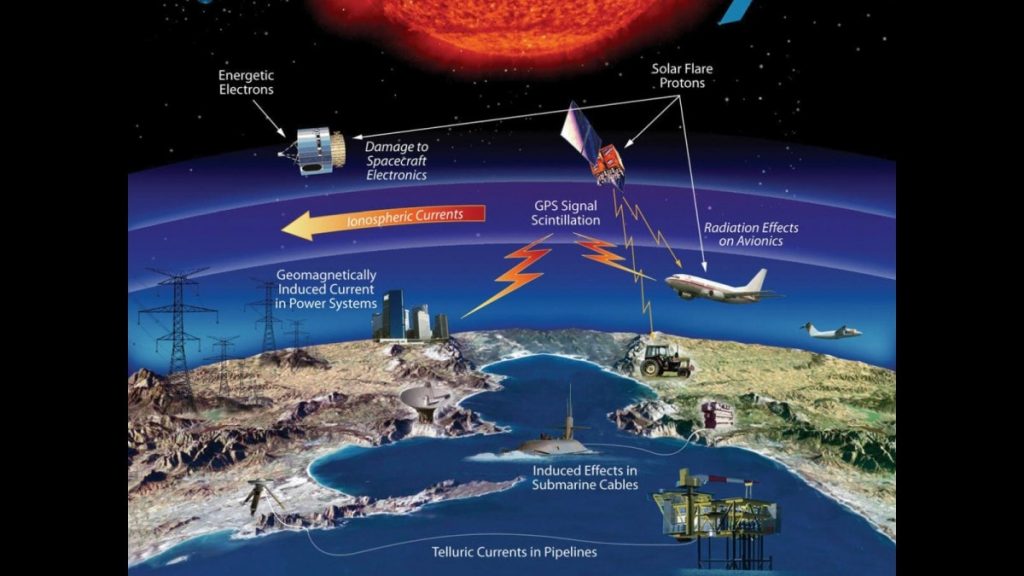 “One of the greatest dangers facing the internet with the potential for global impact is a powerful solar superstorm,” Jyothi wrote in the new research paper.

“Although humans are protected from these storms by the earth’s magnetic field and atmosphere, they can cause significant damage to man-made infrastructure. The scientific community is generally aware of this threat with modeling efforts and precautionary measures being taken, particularly in the context of power grids. However, the networking community has largely overlooked this risk during the design of the network topology and geo-distributed systems such as DNS and data centers,” he continued.

A solar storm, also known as a Coronal Mass Ejection (CME), occurs when a large mass of plasma and highly magnetized particles violently eject from the sun. Large CME’s can contain up to a billion tons of matter and can get accelerated to large fractions of the speed of light.

When the earth is in the direct path of a CME, these magnetized and charged solar particles interact with the earth’s magnetic field, producing geomagnetically induced currents (GIC) that can potentially disrupt communication satellites and long-distance cables that provide the world with the internet.

According to Jyothi’s research, power grids, oil and gas pipelines, and networking cables are the most vulnerable to the impacts of GIC’s, while submarine cables, which span hundreds or thousands of kilometres, are even more vulnerable than land cables, due to their larger lengths.

Owing to a lack of real world data on the impacts of GIC’s on these submarine cables, scientists still don’t know how long it would take to repair them if such an event were to occur, and—just like natural disasters such as earthquakes—CME’s are extremely difficult for scientists to predict.

“The U.S. is one of the most vulnerable locations with a high risk of disconnection from Europe during extreme solar events. Intra-continental connections in Europe are at a lower risk due to the presence of a large number of shorter land and submarine cables interconnecting the continent,” the report notes.

Meanwhile, if a severe solar superstorm were to occur, Singapore would maintain good connectivity to neighboring countries, while cities in China would be more likely to lose connectivity than India because China connects to much longer cables.

Australia, New Zealand, and other island countries in the region would be at high risk of losing most of their long-distance connections.

The research warns that a collapse of the internet—even one lasting a few minutes—could cause devastating losses to service providers and damage cyber-physical systems. The economic impact of an internet disruption for a day in the United States is estimated to be over $7 billion.

While the likelihood of a solar superstorm hitting earth is rare—with astrophysicists noting that the probability of extreme space weather events that directly impact earth occurring are between 1.6 percent to 12 percent per decade—they can still happen.

Rare can be redefined as: what's the likelihood this would serve the communist takeover of the U.S. and the world.