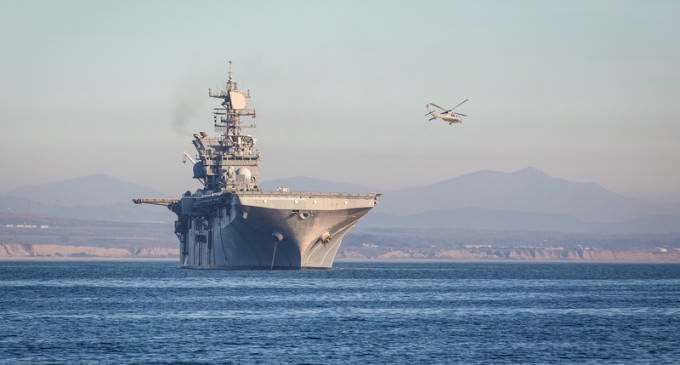 While Russian warships launch cruise missiles in support of its military strike in Syria, it does so with a notable absence in the region. The U.S. Navy has no aircraft carrier in the Persian Gulf for the first time since 2007.

According to military officials, the USS Theodore Roosevelt and it's complement of approximately 5,000 service members and 65 combat planes, has departed to “undergo maintenance.” Whatever the stated rationale, this measure is the result of President Obama's and Democrat's mandatory military budget cuts.

More disturbing material on the next page: