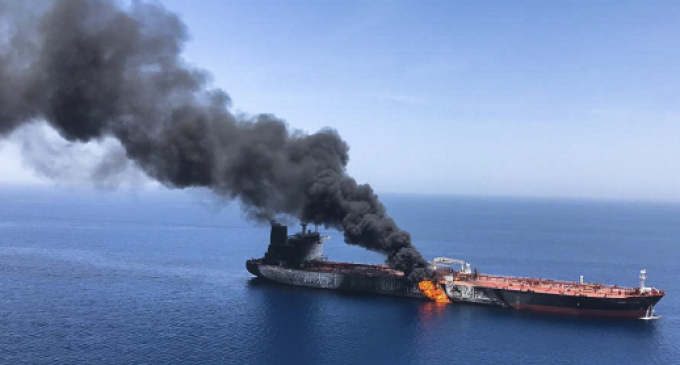 Were the attacks yesterday on two oil ships in the Middle East an Iranian provocation or a false flag carried out by the Deep State?

On Friday the U.S. military released a video that allegedly shows Iran’s Revolutionary Guard removing an unexploded mine from one of the targeted oil tankers targeted near the Strait of Hormuz – suggesting that Iran was removing evidence of its involvement.

According to reports, a Japanese vessel was attacked with a torpedo and a Norwegian tanker with a magnetic mine.

Of course, Iran denies having carried out the attack, calling it an “unfounded claim” in the U.S.′ “Iranophobic campaign.”

The Deep State has carried out so many false flag operations that the instant reaction by anyone paying attention is likely to be “there they go again.”

However, Iran is said to have used mines against oil tankers in 1987 and 1988 in the “Tanker War,” when the U.S. Navy escorted ships through the region.

So which is it? Turn the page.