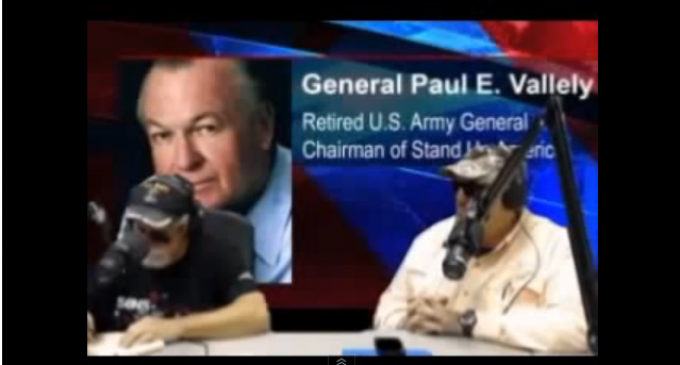 This is completely unprecedented in U.S history and is terrifying to say the least.

Listen to this interview with Retired Army Maj. Gen. Paul E. Vallely. He states Obama is getting rid of any top commander that disagrees with his socialist takeover.

Vallely also claims it's not only a purging of top officers, it's also a purging of lower-level personnel, training materials, documents, Christianity and free speech.

Other military personnel, such as former Navy Seal Ben Smith, claims that commanders are asked if they will fire upon Americans and if the answer is no, they are fired.

The writing is on the wall: Obama has completely trashed our Constitution, stripped away many of our rights, claimed he will write laws without Congress, and has purged our military while Congress does nothing.

America is falling to a Marxist takeover.