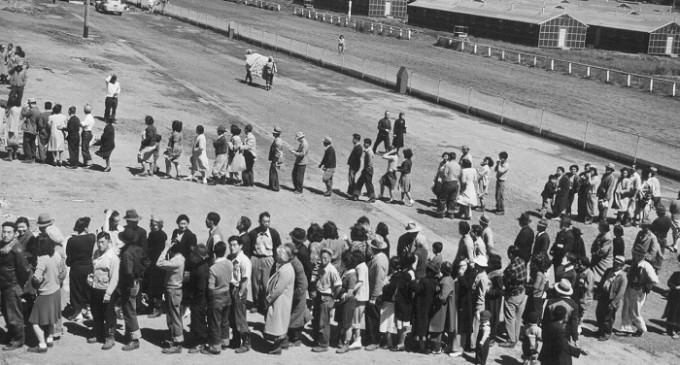 You would think retired Army General Wesley Clark would have learned something from his years of middle school and high school history classes. Just like everyone else, he sat in on a classroom lesson about World War II and the internment camps, maybe he was just not paying attention. Unbelievably, during World War II America maintained concentration camps for those who they felt where threats.

Just wait 'til you see who General Wesley is saying is a threat NOW: