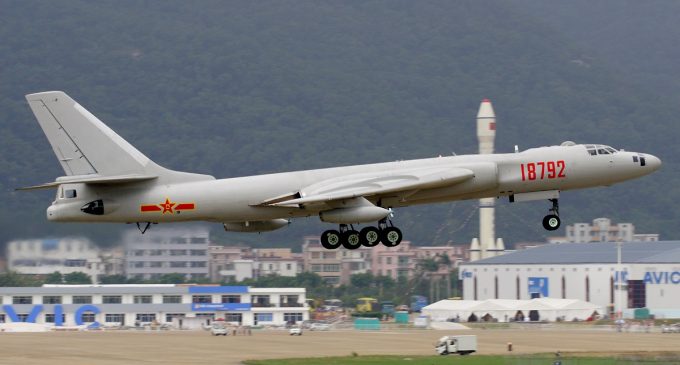 U.S. defense officials are reporting that China is placing cruise missile-capable bombers “on high alert”. Reports also showed that the U.S. military has been seeing an unprecedented volume of Chinese military aircraft on high alert preparing for an instant attack.

A defense official stated the U.S. views this unfolding of events as a clear indication the Chinese military is preparing for an imminent attack from North Korea.

National defense experts warn that the Chinese military reaction to an attack on North Korea could play a determining factor in starting WW3.

“These recent steps have been assessed as part of China's effort to “reduce the time to react to a North Korea contingency,” the official said. Such a contingency could include the risk of an armed conflict breaking out as tensions on the Korean Peninsula have increased in the wake of North Korean missile tests.”

Continue reading on the next page to see China’s reaction to the U.S. disclosing their military strategy and how this will affect U.S/ Chinese relations