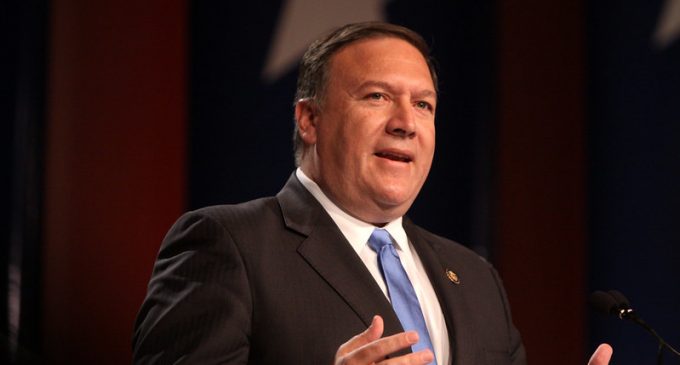 In a significant escalation of tensions between the United States and China, the Trump administration ordered the closure of the Chinese consulate in Houston by Friday amid a surge in espionage cases.

The closure of the consulate was to “protect American intellectual property and Americans’ private information,” State Department spokesperson Morgan Ortagus said on Wednesday.

The Chinese government on Wednesday threatened retaliatory “countermeasures” with Chinese Foreign Ministry spokesman Wang Wenbin calling the closure an “unprecedented escalation,” and promised to “react with firm countermeasures” if the move is not rescinded.

The ministry called the closure a “political provocation unilaterally launched by the U.S. side, which seriously violates international law, basic norms governing international relations and the bilateral consular agreement between China and the U.S.”

It also accused the Trump administration of stigmatizing and “unwarranted attacks” against China’s social system, “harassing” Chinese diplomatic and consular staff, “intimidating and interrogating” Chinese students and “confiscating their personal electrical devices, even detaining them without cause.”

Bejing now claims that death and bomb threats were made against the Chinese embassy in Washington. Turn the page for details.