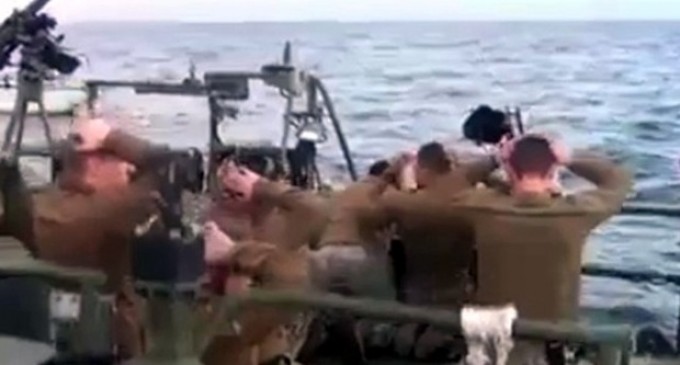 The Obama administration continues to change the official story surrounding the American boats and men captured and detained by Iranians earlier this week.

Many criticized the president for not mentioning the ordeal as it was happening during his State of the Union speech, but now its becoming clear that nothing was said of the tense situation because the Obama administration couldn't keep its story straight as to why the ships were where they ended up being.

It was initially reported that mechanical failure left the ship adrift, which caused them to enter Iranian territorial waters. Then, the story was changed, as a navigational error became the official line from the White House.

Regardless, the Iranian response is what has many irked about the ordeal, as the president continues to push the narrative that Iranian relations are strong as a result of Obama's Iran Nuclear Deal.

Check out the administrations flip-flop on the situation on the next page, along with a quote from Sen. John McCain: