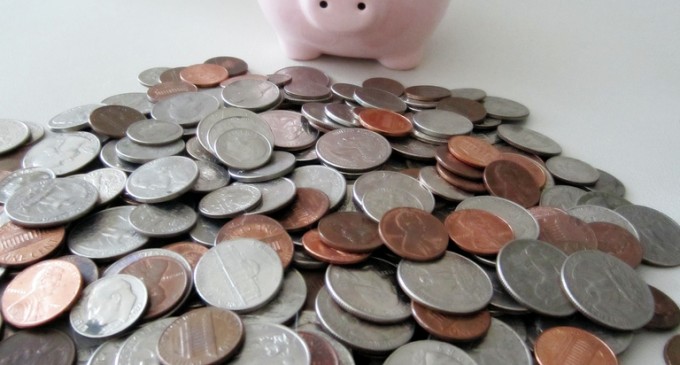 Economist Martin Armstrong warned this week that banks in the US will soon start charging you for deposits.

“In the USA, we are more-likely-than-not going to get the negative rates directly passed to consumers by the banks who will claim it is the Fed who will do so at the requests of the banks. Larry Summers has set the stage. This is just how it works. He flew the balloon to get everyone ready. This is likely to be bullish for the stock market,” writes Armstrong.

“The talk behind the curtain is to impose negative interest rates on the consumer,” he added.

And you thought you were doing the banks a favor by putting your money in their vaults.

No, soon it will be considered that they are providing you a service by holding your money for you so they can make money off your money.

In the week that the European Central Bank cut its deposit rate for banks from zero to -0.1%, economist Martin Armstrong warns that negative interest rates are coming to the United States, meaning that Americans will be forced to pay just to keep their money in the bank.

In a move described as unprecedented, the ECB became the first central bank in history to cut any main interest rate to negative yesterday, part of a package of measures designed to encourage banks to provide more loans to businesses and households. Many view the policy as a desperate sign of Europe’s faltering economic recovery.

Critics claim that the action will do little to spur growth while threatening to cause inflation and unemployment. While banks in the EU have not indicated whether or not the costs will be passed on to consumers, the New York Times’ Neil Irwin asserts that this is inevitable.

What about Americans? Will they also soon be charged by the bank simply for depositing their own money? Yes, according to economist Martin Armstrong.

Armstrong, who is noted for calling the 1987 economic crash to the very day, warns that U.S. banks are preparing a raft of new account fees that will serve as a de facto negative interest rate.