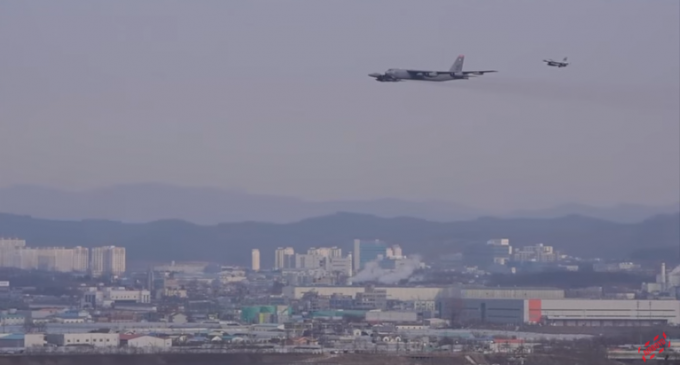 Cold War hostilities are ramping up following North Korea's claim of testing a hydrogen bomb last week. In an move designed to reassert political dominance in the peninsula and reassure our allies, the US dispatched a low-flying B-52 to fly over Seoul. The B-52 was escorted by South Korean F-15 and US F-16 fighter jets to highlight the US's continued commitment to defending the region from North Korean attacks.

In the deluded mind of dictator's, justifications are easy to come by. North Korea's “Supreme Leader” Kim Jong Un defended the hydrogen bomb test conducted last week, saying that the test was a “self-defensive step” meant to protect the region. Experts are still debating whether the test was of a hydrogen bomb, but the fact remains that North Korea is one test closer to developing a nuclear missile capable of reaching Japan or even US mainland.

Find out more about this developing situation on page 2.