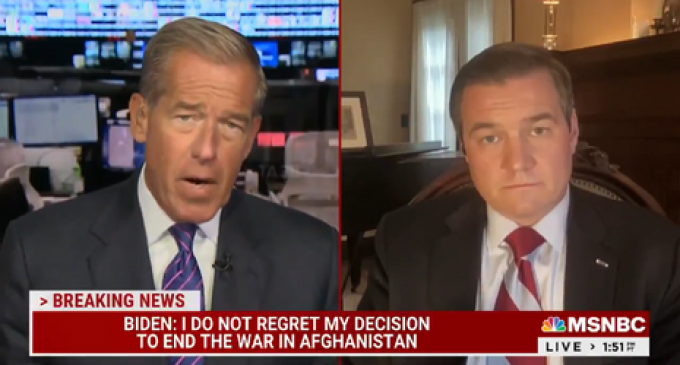 Williams lauded the speech, saying of Biden, “He didn't run from it. He owned it. He owned the fact that, as he put it, the buck stops with him.”

“I hope he gets to own their deaths too,” Zeller fired back.

“I feel like I watched a different speech than the rest of you guys. I was appalled. There was such a profound bold-faced lie in that speech. The idea we planned for every contingency? I have been personally trying to tell this administration since it took office, [and] I have been trying to tell our government for years this was coming. We sent them plan after plan on how to evacuate these people. Nobody listened to us,” Zeller added.