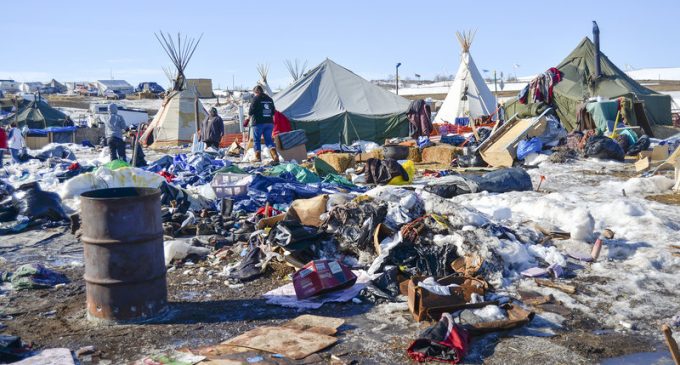 If you ever need proof that “protesters” never really care about their cause, here it is.

When the Obama administration announced plans to build an oil pipeline near the Standing Rock Indian reservation, liberals immediately announced plans to protest. According to these so-called “activists,” the pipeline posed a danger to the environment and discriminated against native Americans.

The protests never had a legitimate cause to begin with; oil pipelines are among the safest modes of oil transportation in the business. But the fact that this particular route passed through uninhabited land near native American grounds is all it took to enrage the far-left. So they moved forward with their plans to “protect the environment” and occupied the land on which the pipeline would be built.

But the real irony here is the mess that they left behind. Despite the fact that they are “environmentalists,” the protesters left a multi-million dollar mess to clean up.

Read about the scale of the clean-up program on the next page: