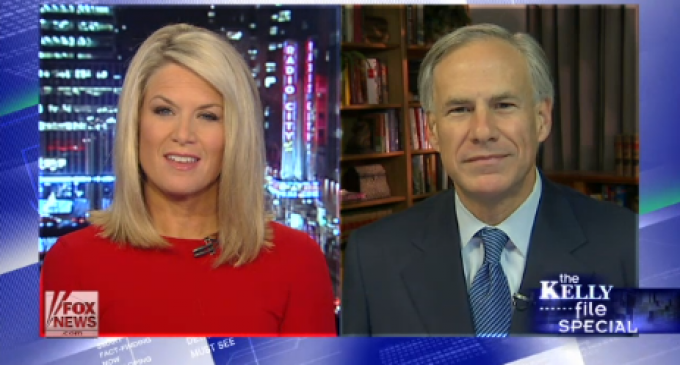 Does this governor-elect have any teeth in his words or is it all political tongue wagging?

In an interview, Gov.-elect Greg Abbott, the current attorney general, said Texas Obama’s frequent vows to invoke questionable executive power to change immigration law have forced Texans to prepare for yet another “surge” of illegals crossing from the south.

Texas has shouldered considerable expense dealing with the problem of illegal immigration that’s being worsened by the White House, Abbott said, and one horn of any lawsuit would be getting the federal government to pay for problems it’s causing.

But he said the larger point is that immigration laws are made by the country from Capitol Hill, not the White House.

“We’re expecting the White House will not cross the line,” he said. “If the president crosses the line, he’s going to see an overwhelming rejection of what he’s trying to do.”