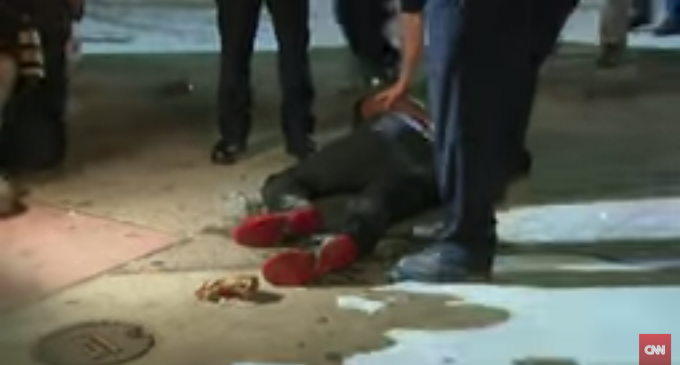 New videos are surfacing of what went down just minutes after the police state curfew went into effect in Baltimore back in May. News reports from CNN and a news outlet in Russia tell two completely different versions of the same story. The first video by CNN depicts an unconscious man and the reporter describing how bottles were being thrown at police. The second video shows an angry non-violent protestor yelling at police and then getting pepper-spyraed right in the face.

To see the truth go to the next page.