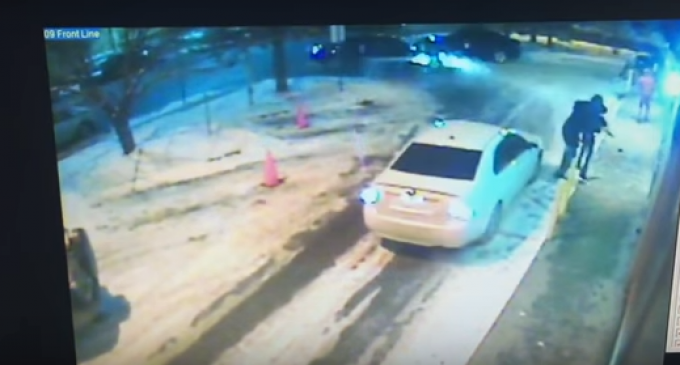 Courageous bouncers at the Ten X Night Club in Calgary, Canada, stopped what could have been more tragic bloodshed at the hands of cowardly men, both with the infamous name of Mohamed.  The media of course is covering up the fact that these shooters were Muslim, which is a disservice to Canadians who will be inundated with 50,000 Syrian refugees by the end of 2016.

The Muslim men arrived at the nightclub around 1:30 a.m and shot several rounds through the front glass door of the night club.  One man, 38, was hit and sent to the hospital suffering injuries to his torso.  Had the bouncers not immediately jumped into action, halting the scheme of the Muslim shooters, many more would have been injured or killed.

Many have questioned the silence of the media and the government, keeping the facts from the public, that these shooters where Muslim.  Read more on the next page about the attack and view the video surveillance of the attack.