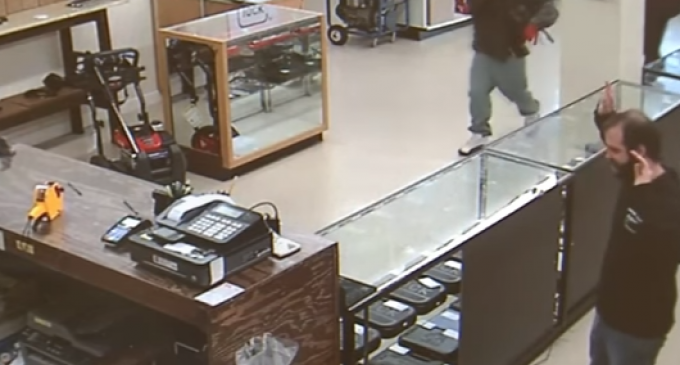 The logic behind that statement is pretty simple. Gun control laws don't work because all they do is prevent law-abiding citizens from owning firearms. Criminals — people who don't abide by laws by definition — would still have guns regardless of legislation. So, if criminals will have guns either way, law abiding citizens must have a legal way to defend themselves.

This logic, while sound, doesn't play well to the left. They think that any person with a gun is bad, and that the “good guy with a gun” is a myth.

This week, we got proof that the “good guy with a gun” is no myth. It's a real phenomenon that helps save lives and business on a regular basis.

Watch on the next page as a man who tries to rob a gun store gets instant justice: