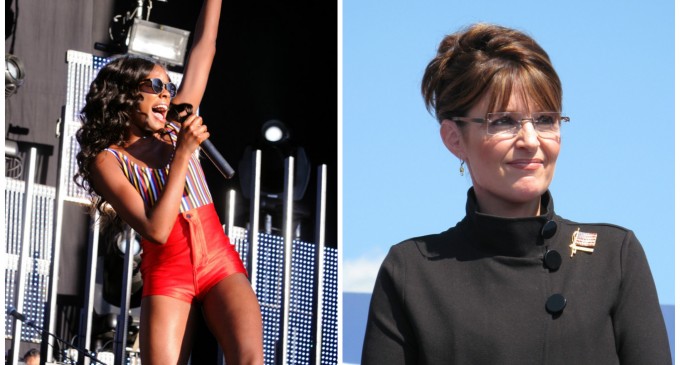 In case you had any doubts about the sincerity of the anti-cyber-bullying crowd, consider the reaction of Twitter to Azealia Banks' disgusting attacks on Sarah Palin.

Over the course of a week, the infamous rapper has dug a deeper and deeper hole for herself. Initially, she said Palin should be gang raped after reading a satirical article which falsely quoted her as saying blacks were happy under slavery.

Quickly realizing her mistake, Banks issued a public apology to the former governor, but tried to minimize the severity of her trangression by saying the term she used didn't specifically refer to rape. Apparently, Twitter seems to have bought her explanation.

After receiving a complaint against Banks that documented how her remarks violated the social media site's terms of agreement, Twitter responded by saying that it did not believe her remarks constituted “threats of violence” and thus would not be acting against her.