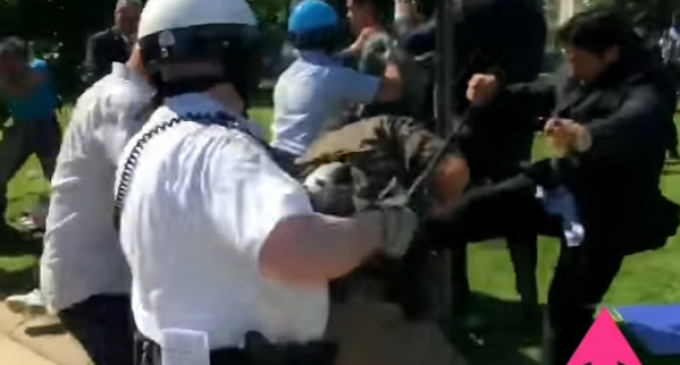 Turkey’s authoritarian president, Recep Tayyip Erdogan, was involved in yet another controversy today after his bodyguards were involved in a bloody fight leaving nine people injured.

This fight is even more shocking as it occurred right outside of the home of the Turkish ambassador to the U.S. in Washington, D.C.

Video footage reveals the fight to have taken place shortly after Erdogan’s meeting with President Trump at the White House, and is available on the next page.

Reporters quickly claimed President Trump dominated the meeting and that Erdogan was extremely humiliated over playing second fiddle as opposed to always taking the center stage back in his own country.

But was Erdogan's comrades merely upset and demanding attention like little liberal snowflakes, or was there more going on behind the scenes?