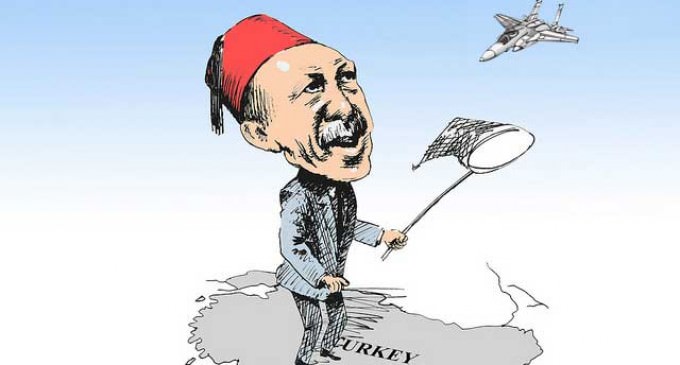 The resulting saber-rattling between Turkey and Russia after the former shot down a Russian plane flying near it's Syrian border has gotten worse, escalating tensions between the two nations and threatening to drag others into it.

When asked about the possibility of an apology to Russia, Turkish President Recep Tayyip Erdogan indignantly ruled out any reconciliatory statements on the part of his nation, claiming that the Russians, having violated Turkey's airspace, “are the ones that need to apologize.” He further defended the Turkish military's conduct, saying they merely did what was expected of them and did not violate their rules of engagement.

Of course, the Russians did not like this response one bit, and it seems they are taking steps to punish Turkey, albeit non-militarily. Turkish workers have been suddenly arrested for visa violations and the Russian government has moved to prevent it's citizens from visiting Turkey as tourists, potentially costing the Turks $10 billion.

Read more about the crisis on the next page: