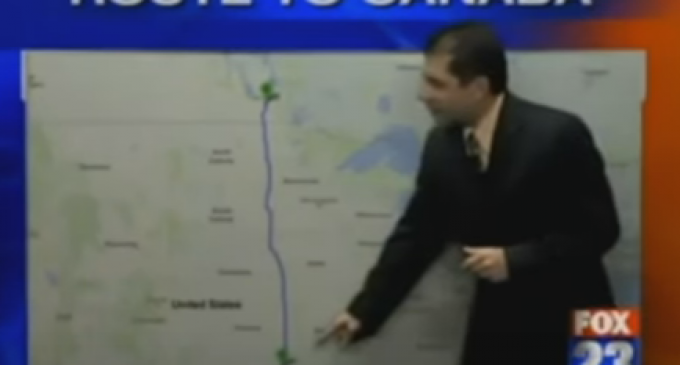 One week ago, Donald Trump became the president-elect — so one would think Hollywood is pretty empty by now. That's because much of the town publicly swore to move to Canada if Trump won the election.

Chelsea Handler, Lena Dunham, Barabara Streisand, Stephen King, and Ne-Yo are just some of the celebrities who have promised to head north in the seemingly-unlikely event that Clinton lost.

Well, Clinton did lose, but Hollywood has yet to pack their bags. Instead, Handler hosted a cry-fest on her TV show while Dunham insisted she was “kidding” when she made her promise to leave.

This isn't sitting well with the rest of America. It seems quite a few people were excited by the prospect of these leftist celebs leaving the country. So they enlisted a Tulsa traffic reporter to help nudge the reluctant celebrities across the Canadian border.

Watch Fox 23's hilarious segment on the next page: