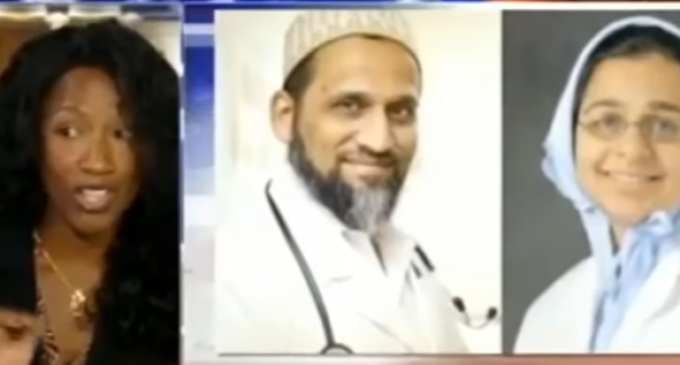 People who regularly read the New York Times or the Washington Post, or those that religiously watch the nightly news on ABC, CBS, NBC, MSNBC or CNN, will not be immediately familiar with the initials FGM.

FGM has been gaining notoriety as of late, especially in Right wing news organizations and in places like Fox News Channel on television, due to the heightened awareness of a dastardly and often secretive surgical practice called Female Genital Mutilation.

While just the name itself sounds horrific on the surface, the explanation for the practice is much more life-altering and terrible.  There are many reasons for this, but the most prevalent explanation for why it is so brutally chilling is that the practice (performed by appointment like getting a wart removed) is being forced upon girls, sometimes as young as 7 years old.  The practice is so invasive as to preclude the procedure in infant children.  That, in and of itself, should tell you how dangerous this actually is.

You may be asking yourself the question, “Why?”  Why would anyone perform this surgery on a little girl if it is so terrible.  The simple and completely outrageous answer is this:  it is Politically Incorrect to oppose it!

The practice for this barbaric procedure has its roots embedded in many different cultures throughout the Middle East and Africa.  It is a ritualistic practice of nearly 100% Muslim-dominated countries, which answers the question as to why this continues without so much as a peep from the Leftist media.  For the same reasons that CNN or NBC will not run stories that decry the depredations of Planned Parenthood, its secret and barbaric practice of selling extracted babies and baby parts to the highest bidder (illegally) or of killing those babies miraculously born alive after being mutilated by the doctors, FGM will never enjoy an investigative report exposing its bloodcurdling details.

Just as the subjects of true misogyny engaged in at the expense of Muslim women, or honor killings, routinely performed by Muslim men by literally cutting off the heads of their wives or daughters following a perceived wrongdoing, FGM is quickly and cleanly swept under the modern Progressive rug so that the “religion of peace” narrative can continue.  And if you happen to ascribe to the counter-argument that this is a cultural and not religious practice, think again.  There is no delineation between Islamic culture and religion.  They fully enforce religious ritualistic practice as if it was civic law (or sharia law).  This is an undeniable fact that is completely overlooked by Leftists in their bid to “normalize” Muslim thinking, or equate it with Western values.

Tucker Carlson recently had as his guest a doctor of anthropology from an African nation who was actually defending the barbaric practice of Female Genital Mutilation, referring to it as “female circumcision.”  Tucker was not having it and the argument got somewhat heated.