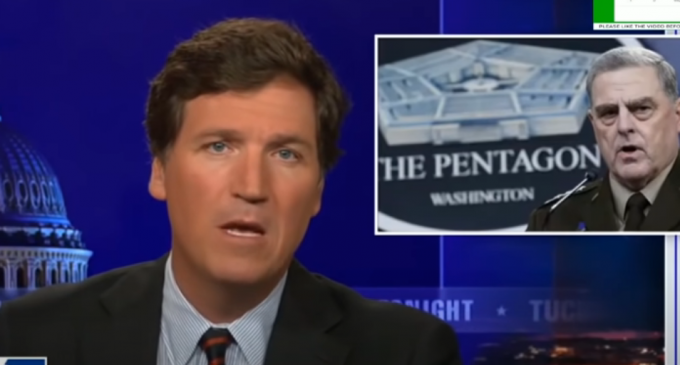 In what leftist media outlets deem a ‘wild conspiracy theory', Fox News host Tucker Carlson made the claim this week that the new vaccination mandate was an effort by the Biden administration to take over the military as a prelude to taking over the entire country.

“The point of mandatory vaccination is to identify the sincere Christians in the ranks, the free thinkers, the men with high testosterone levels, and anyone else who does not love Joe Biden and make them leave immediately,” Carlson said. “It's a takeover of the U.S. Military.”

Carlson said he had obtained a U.S. Army PowerPoint presentation to inform service members about vaccines that include a slide that sarcastically read: “How many children were sacrificed to Satan because of the vaccine?”

He said the presentation lists “the so-called tenets of Satanism which are taken from the Temple of Satanism website. So here you have the United States Army doing P.R. for Satanists,” Carlson said.

Continue on the next page for the full program.