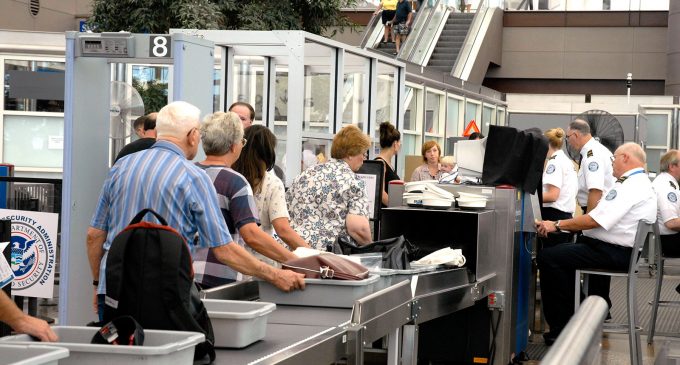 The Transportation Safety Administration (TSA) is reportedly testing out a new safety precaution to increase flight security. These new safety procedures are bound to raise the ire of many folks not happy with all the privacy violations the TSA keeps mandating. And to top it off this is the very same organization that got busted just earlier today with stealing cash out of women’s luggage at security checkpoints. Of course, the entire organization can’t be framed for what a few TSA agents do at checkpoints. But, it does illustrate how much leeway TSA rules give agents to go through people’s personal belongings and the potential violation of privacy airline passengers face while traveling.

And overall we get it, the TSA is trying to protect airline passengers from being blown up by terrorists. But, is there actually any proof that some of these new measures like the reportedly starting to be implemented in Missouri and California really going to help them scoot out terrorists? Let’s get real here. How many terrorists are carrying copies of the Qur’an and ISIS pamphlets to read in the original Arabic on their flight? Plus, what are the odds a TSA agent would even stop someone from carrying a book called الله يحب الجهاد on their flight due to Islamophobia – the fear that fighting terrorism might be seen as anti-Muslim… More on the next page about this new TSA safety practice and what it means for both you and national security