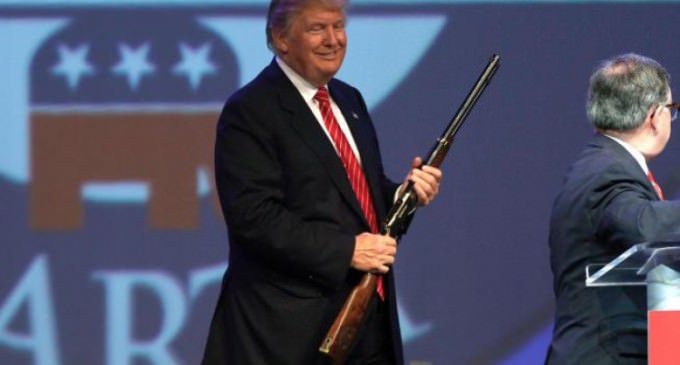 Music to the ears of every gun owner in America!

Candidate Donald Trump calls for an expansion of gun rights in America. Trump stated: “The Second Amendment to our Constitution is clear. The right of the people to keep and bear Arms shall not be infringed upon. Period.”

He added: “It’s been said that the Second Amendment is America’s first freedom. That’s because the Right to Keep and Bear Arms protects all our other rights.” Trump would like three changes in gun laws…and you will like them – on the next page: