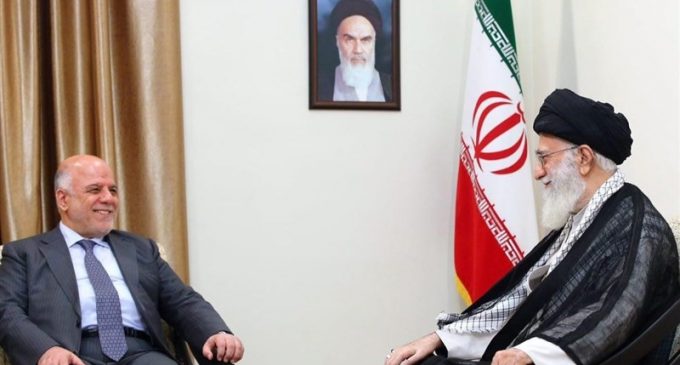 It's very interesting that in all the time that I remember President Barack Obama in office (and perhaps I'm being biased) but I cannot remember a single time that the leader of Iran had a very keen interest, nor even a passing interest, really, to visit his neighbor's leader and express a willingness, even a wish, to work more closely with him and bring along a sense of goodwill and mutual assistance.

Just an inference, maybe nothing, but it does seem odd that directly after President Trump takes office and denounces, once again, the wildly unpopular Obama-era Iran Nuclear Deal as being a terribly unfair negotiation that gives “much away and gets nothing in return.”  It seems that the message that resonated with both the public and many members of Congress, Republicans and Democrats alike (because quite frankly this Obama-penned deal hurt Democrats at the polls as well) and such resounding support against it has made the Iranians more than a little nervous.

However, as we all know, President Trump failed to end the historically bad deal in May of this year when he allowed it a free pass through the system in order to continue on its way toward trusting a very evil regime at their word.  With Russia, China and the UK all urging Trump that this deal is best left in place because it does, in fact, hold them to not attaining nuclear capability, Trump relented and chose to follow their recommendations.  Every 90 days, Congress has the ability to evaluate the full spectrum of the actions involved in Iran's day-to-day business and determine if new sanctions are warranted.  Among the parameters of the criteria involved, one of the most important is that Iran continues to allow international inspectors into the facilities to detail the activity.  Many long years ago, you might remember the same deal given to Saddam Hussein, who of course ultimately began blocking inspectors or carting them around half the day in a vehicle while they hid equipment or moved personnel.  It took years for the UN to finally agree to hold them accountable and that was only after an ever-increasing arm-twisting by the U.S. government.

If Iran is like the Hussein Iraqi regime (and it is) they will slip up eventually and make the same mistake.  Fortunately, Trump has directed a second set of eyes on this terrible deal in the person of Secretary of State Rex Tillerson in order to determine whether or not extra sanctions are in fact warranted based on the current affairs of the Tehran government.  That has necessarily prompted Iran's sudden show of solidarity with its Muslim brothers in Iraq.

The Ayatollah Khamenei has met with Iraqi Prime Minister Haider al-Abadi in Tehran in order to “discuss” the future of the two countries, especially as it pertains to their “mutual safety and security.”  Do you believe this?  Read further on the next page on this “historic” meeting between the two former enemies.