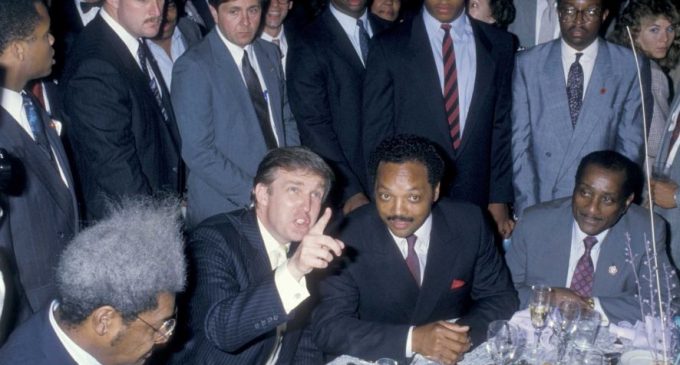 As Democrats, the fake news media and left-wing hate groups (excuse the redundancy) keep trying to sell the outrageous lie that Donald Trump is a racist and white supremacist, they overlook a 30-year history of Donald Trump rejecting racism and promoting equality.

Unfortunately for them, there are facts that get in the way of their false narrative.

For decades, television interviews and news broadcasts have been recorded and preserved for future reference. The same holds true for newspaper archives. For those seeking the truth, it’s all too easy to uncover the real Donald Trump record on race.

That is, for those seeking to report the truth and not perpetrate an enormous fraud on the public, as has happened with the scurrilous and defaming attacks on President Trump.

As legendary sportscaster Warner Wolf, a New York legend, used to say, “Let’s go to the videotape.” On the next page, learn what’s in the public record for all to see.