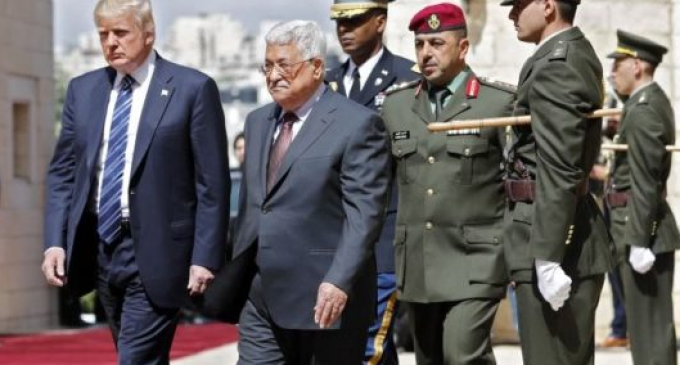 Diplomacy trumped…that’s the only way to describe it.  When it comes to dealing with people who don’t regard Americans as particularly adept at understanding the complexities of the Israeli-Palestinian conflicts (I’m talking to you, John Kerry) they tend to take sides, depending upon from which side of the political aisle you happen to hail.  Even President Obama seemed completely ignorant of the Israeli point of view, choosing instead to leave certain world leaders on the doormat instead of inviting them in to get warm by the Oval Office hearth.

Donald Trump is not a born politician.  He is not a diplomat.  Nor is he desirous of becoming President of the World.  The incredible weight of the Office of President of the United States has entered Trump’s heart with the sound of a thousand thunderbolts and the calling that he experienced so long ago while looking down over Central Park and seeing the people right outside his home who were hurting and reaching out for help is real.  Nothing can stand in the way of God’s plan when you have been called, whether or not you ascribe to yourself the tremendous responsibilities with what you have been tasked.

Leftists demand to know why they can’t figure out the reason that Donald Trump confounds them.  They want to know why he is not appearing to be blocked by mere sophomoric gags and tricks that they used so successfully on George Bush (both Junior and Senior).  They cannot understand why the media is powerless to take him down when the whole Progressive engine has been built and stylized and perfected in an exacting optimum way of Right wing-crushing performance methods for decimation of people like Trump.

And yet here he stands.  What is his secret?  What is his connection to his supporters that the media and the Democrats cannot crack, even with the dogged assistance of Leftist world leaders around the globe?

Trump is a businessman with a plan for success and he is treating America as the empire and its citizens as its shareholders.  We are the recipients of the largest shares of stock in the greatest business that has ever existed in the history of mankind.  With that in mind, Trump glides through negative press and confronts the naysayers to their faces.  This week, he did exactly that when he told the Palestinian Authority President Mahmoud Abbas, to his face, “You tricked me in…”