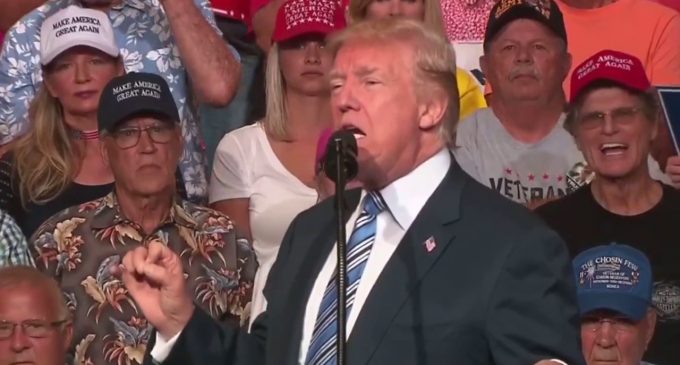 Trump campaigned on a promise to “drain the swamp” — a somewhat vague reference to the D.C. power players that have been pulling the strings behind-the-scenes for years. When Trump initially filled his cabinet, many supporters took note of the alleged Swamp-dwellers Trump chose to employ.

Now, seven months later, Trump has begun a firing-spree that rids his White House of many of those controversial initial hires. So far, we’ve already seen former RNC Chair and recent Chief of Staff Reince Preibus go — with Sean Spicer on the way out, as well.

The most telling indication of the Trump White House may be who he selected as his new chief of staff. Secretary of Homeland Security John Kelly is the antithesis of a swamp-dweller, having served in the military for decades.

Now, Trump has given us a bit of insight behind the decision and the future of “the swamp.”