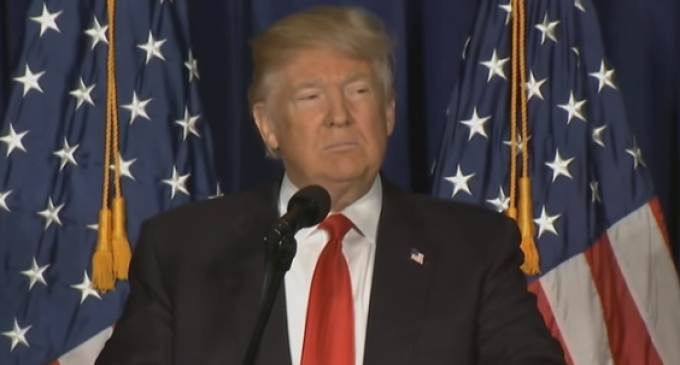 Donald Trump has made one of his boldest declarations on the campaign trail so far, and true to form the mainstream media has pounced on him for it.

This latest controversy, however, stems not over his plan to enforce the country's immigration laws nor his proposals to make America's trade policies more beneficial to Americans, but his take on the national debt and how best to handle it.

With the Obama administration leaving it's successors with an even bigger debt to pay back, the press, which had previously reported that Trump planned to buy debt before defaulting on it, asked the GOP frontrunner what he would do to tackle this issue.

Dispelling such claims, Trump explained that he would never default on debt as president for one simple reason: the United States can print as much as it needs to pay it's costs and expenses. Thus, as the candidate says, “there's never a default,” or at least there won't be if he wins the election.