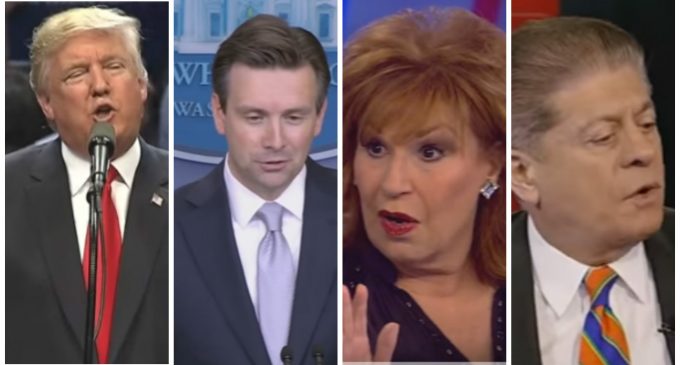 It's obvious that the election of Donald Trump to the presidency has shaken the political establishment to its very foundations.  Actually, he got started with his project of upsetting the political elites early on in his campaign for the office of president.  His supporters loved it, and loved him for poking his thumb in the eyes of those at the top of the political food chain.  As expected, the liberals and the neocons freaked.  Then their shock turned to derision including their mantra that The Donald could never win the presidency.

Then The Donald won the presidency, and these same elite insiders lost it again.  Some of them still have not found it as they huddle in their “safe spaces,” hugging teddy bears and talking to counselors.  It's a bizarre scene.

We've got news for them.  Mr. Trump is going to continue to send liberals into fits of incoherence.  It's just something the man does very well.  And a goodly-sized chunk of America is loving it and just can't wait for his next comment to the media or his next tweet.

Now Mr. Trump has attacked the constitutionally protected practice of burning the US flag.  More on this on page two.