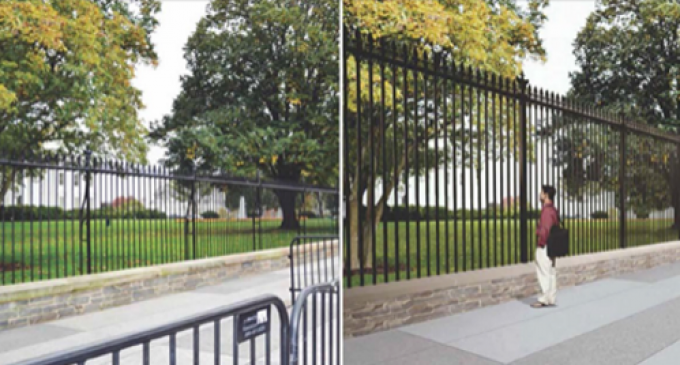 Obama has officially joined in on the hypocrisy shared by liberal leaders around the world regarding the use of walls for safety.

While immigration has threatened countries across the world for decades, the recent refugee crisis has thrust border security to the forefront of media headlines. This hasn't stopped world leaders from pushing for open borders while barricaded behind the high walls of their government housing.

Barack Obama's public housing — The White House — has until now not been surrounded by such a wall. Instead, snipers surround the property from high above. This hasn't deterred would-be trespassers from jumping the meager fence that surrounds Obama's residence, however.

Now that multiple high-profile fence jumpers have made the news, Obama is throwing in the towel and is finally building a bigger, better wall.

The irony isn't lost on Donald Trump, of course. He's seized on the opportunity to troll Obama for criticizing border walls while building one of his own around the White House.

See his reaction on the next page: