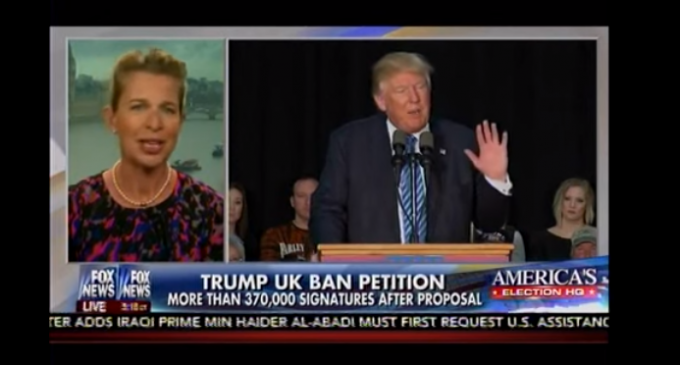 The world has gone mad, and the Brits are absolutely apoplectic over common sense comments made by Donald Trump following the murder of 14 innocents at a work party in San Bernardino, California by a Muslim terrorist couple a few weeks ago.

Following the attacks in San Bernardino, as well as a Muslim terrorist massacre that killed 130 in Paris the preceding week, Trump suggested that Muslim immigration into the U.S. should be stopped temporarily until an effective mechanism can be developed to assure that immigrants are not infiltrated by terrorist cell members determined to cause more damage in the U.S.

The comment caused an uproar among liberals in the U.S., in spite of the fact that U.S. immigration officials admitted that current vetting programs are insufficient and need to be more fully developed.  But it seems the outrage is not just limited to the U.S.