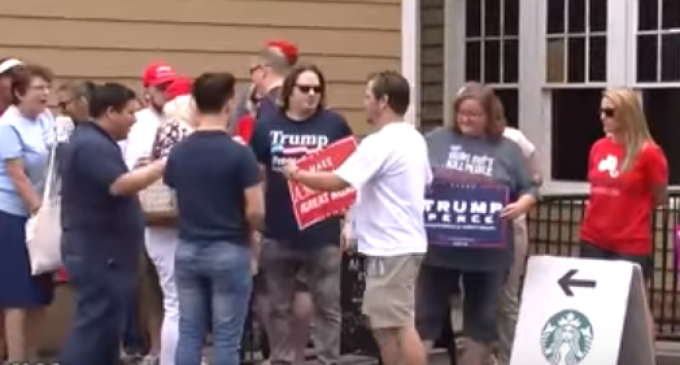 A group of Republicans gave liberals a masterclass on Saturday on how to stage an actual protest. And God knows they needed it.

With the rise of deluded yet dangerous socialist protest groups like Antifa bragging about bringing knives to fight armed patriots, a little common sense and education were definitely in order.

It's heartbreaking really to think about. There is a group of adult leftists out there who know just what they're sending their little sheep out to go do. Their big plan is trick these kids into thinking they're protesting when in all actuality they're just being prepared to be sent to their death. As any conservative would know, you don't bring a knife to a gunfight unless you're stupid or looking to die.

That's not how you protest. What these group of 50 some Trump supporters did merits discussion and big round of applause. This is how it’s done. See it for yourself on the next page.