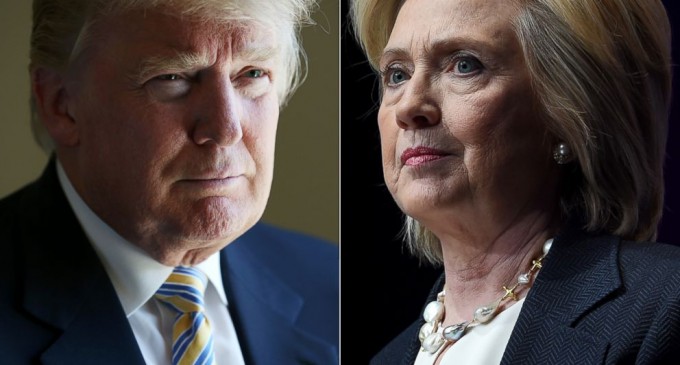 Donald Trump has been called unelectable, a disaster for the Republican Party, and surefire way to hand Hillary Clinton the White House, but the numbers don't seem to back up the opinions.

Media pundits have never been known for their accuracy — especially not in 2016 — but their total inability to believe the data that's before them is perhaps their biggest crime thus far. Data is just about the closest thing we have to predict the outcome of this year's election, as conventional wisdom has been deemed basically useless in this very unconventional primary season, yet they continue to preach what they think will happen, rather than what the numbers say will happen.

The fact is, while many think Trump is a disaster, the numbers show that he is a contender, and some numbers even suggest that he'll be a very formidable one come November.

The biggest indicator that this is true comes in the sizable number of voters Trump steals from Hillary Clinton. See just how big this group is on the next page: