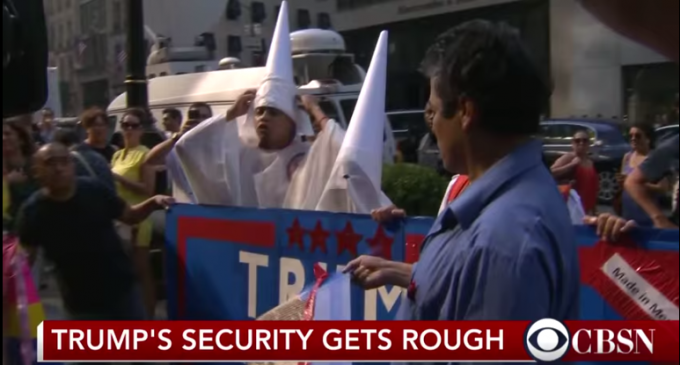 The Democrats must have ditched history class the day they taught about the KKK.  One cannot blame them, as it was the Democrats who were, and apparently still are, the faces under the hoods of the KKK costumes. When these Dems protested Trump wearing KKK outfits to make a statement that Trump is some sort a racist, they point to their own ignorance.

Those who oppose Trump's position on securing the boarder donned the hooded robes of the KKK and protested outside Trump Tower in New York City.  As expected, a scuffle erupted with the hooded protesters and Trump's security guards.

Check out the video on the next page: