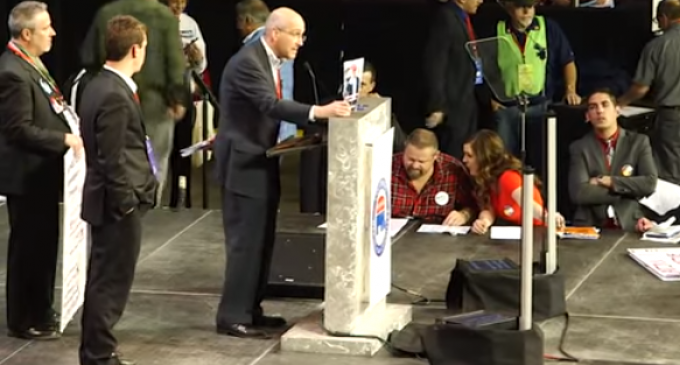 After months of hand wringing over Donald Trump's lead and fainting like Victorian ladies at his brashness, Republican party leaders are desperate to paint their “rules” in Colorado as some kind of masterpiece of political machinery.

The reality is these overly complex systems are exercises in chicanery. Faith healers and bears riding bicycles are more fitting for this 2016 Republican convention.

The fact that some insiders and no-life activists spent copious amounts of time cooking up rules to foil real voters does not lend a veneer of credibility to a process that is laughably corrupt and most definitely stacked against an actual electorate.

Whether it's Reince Priebus, whose name is the bane of auto-correct, or one of the “conservative” harpies cackling for Ted Cruz, the Trump machine faces no end of opposition. If one tenth of this effort was visited upon the Obama administration, there would be no second Obama term.

But asking establishment republicans to combat Democrats is too scary and far too much work. They can't make interns do the heavy lifting so how can they enjoy their lake house on long weekends if they are busy doing the actual political work they were elected to do?

As for Colorado, see the next page to see how crazy their convention was.