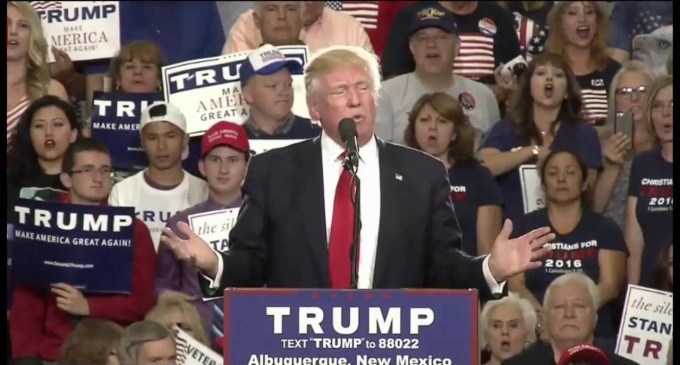 President Obama and his administration may not have the welfare of America's veterans on their list of priorities, but the man running to replace them certainly does.

While Obama reaches out to lawless leftists like the Black Lives Matter crowd, Donald Trump has used his platform as presumptive GOP nominee to advocate for veterans. Speaking at Virginia Beach, Virginia on Monday, the Donald made some major proposals to address the issues facing that most honorable yet least honored group of people. According to the real estate tycoon, his administration will follow a ten point plan to reform the Department of Veteran Affairs.

Trump's plan reflects his strong, pro-military agenda: disgusted by Obama's undermining of our troops overseas and at home, the Republican candidate promises to restore the military to it's former glory. A huge part of this, of course, is making sure servicemen are taken care of once they return home, with Trump proudly declaring, “We are going to fight for our military our law enforcement personnel the same way they have fought for us. We will be a safe, strong, and proud country once again.”

Read more about Trump's 10 point plan to reform the VA on the next page: