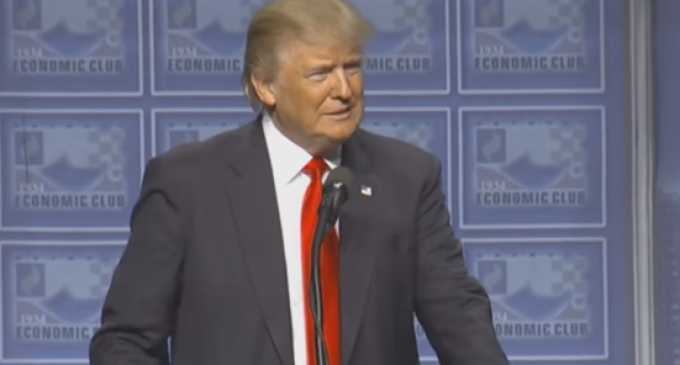 The Detroit Economic Club is a prominent forum for aspiring national candidates to test their messages, and it is also a hard-hit, bankrupt city in the middle of the Rust Belt. Republican presidential nominee Donald Trump initiated a national debate over what reforms would be needed to reinvigorate the US economy, put millions of people back to work, create trillions of dollars in wealth, rebuild that nation’s infrastructure, restore the nation’s military, and provide the support police need to ensure law and order.

Trump decried the fact that GDP growth has slowed to 1.2% while the national debt has doubled under the Obama administration, while 14 million people have dropped out of the labor force, home ownership has fallen to the lowest level in 40 years, 12 million people have been added to the food stamp program, and 7 million more people are living in poverty. The average household income is now $4000 less than it was 16 years ago.