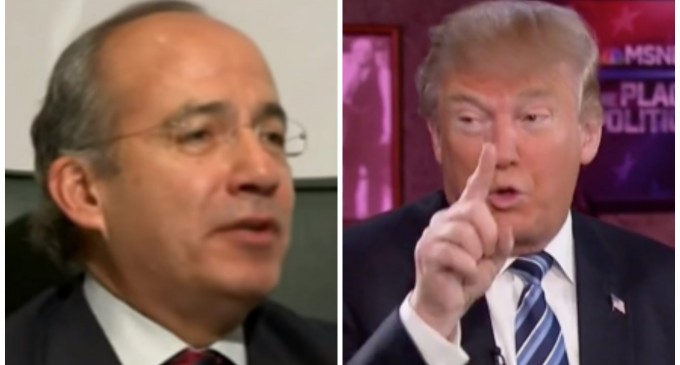 If there is one thing undeniable about presidential hopeful Donald Trump is that he doesn't back down from a fight. As much as liberal America and left-wing politicians try to attack and discredit him in the media, he could care less. And what they don't realize is that their every move against him only builds him up. It's like dumping gasoline on a burning fire.

In the latest attack against him, former Mexican president Felipe Calderon responded to Trump's comments about building a wall at the Mexican border by saying that Mexico won't be paying for a wall to be built along America's Southern border.

He then went on to say that building a wall like that would be completely useless. Okay, so what exactly is he trying to say? Is the Mexican government helping to smuggle immigrants into America? It sounds like Calderon knows something that we ‘don't'.

As always, Trump had a response.

Find out what Trump said on the next page.