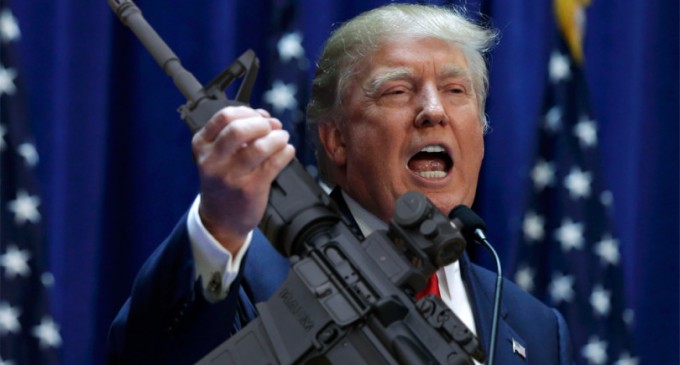 Donald Trump has been called a liberal at one point or another on nearly every major policy point this election, with the exception of one.

Unlike his views on healthcare, abortion, and gay marriage, Trump's stance on guns appears to be sterling. He's a fierce defender of our Second Amendment, and none of his competitors seem to disagree.

Still, Trump wants to prove he's serious about Americans' right to bear arms. In order to accomplish this, he's posted his official Second Amendment rights plan on his website for all to see.

Should they look, his supporters will likely be delighted by Trump's forceful and plain spoken condemnation of gun control. Trump has been criticized — rightly — that he never says how he would accomplish his goals. With this release, he's starting to answer these questions.

To see the specifics of the plan, continue reading on the next page: