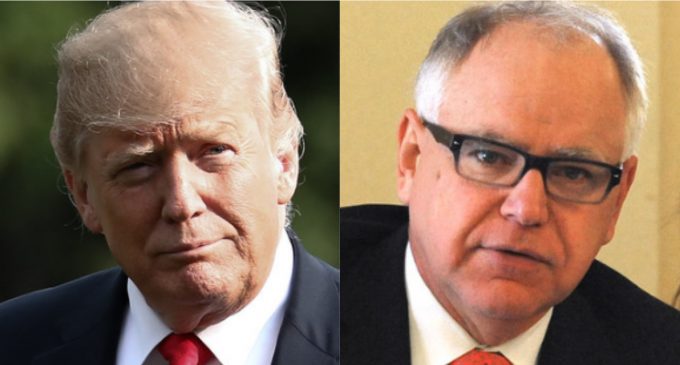 When riots first began following the killing of George Floyd President Trump made it quite clear in a phone call to our nation’s governors that they needed to take strong and swift action to handle the violence breaking out all over the country.

One source reported that Trump told governors to “dominate” and “take back your streets” and described how the president was sharply critical, even castigating them as being “weak.”

“This call was insane,” said one source briefed on the call. “They just went off on governors.”

Now the governor is ‘disappointed’ that his request for federal funds has been rejected. Continue to the next page for details.