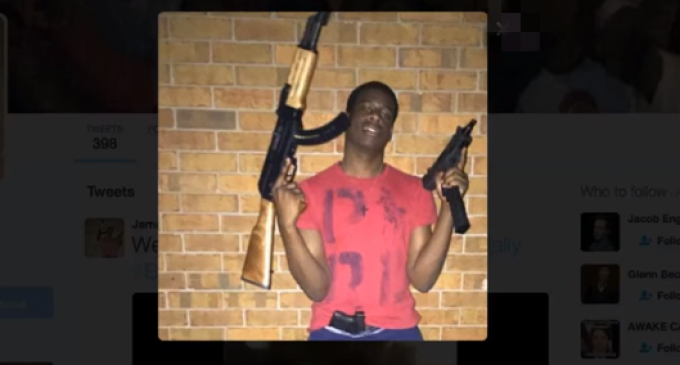 You've by now probably seen the footage last week of Donald Trump's canceled rally, that was shut down due to threats of violence. You may have seen the increased security at subsequent rallies as well, most notably the addition of a circle of Secret Service around Donald Trump. All of this is playing out while the mainstream media lets their disdain of Trump cloud their reasoning, forcing them to cheer for the protests rather than condemn the violence.

Now video is emerging of an armed man shooting an assault weapon in “celebration” of the campaign shut down. You've got to wonder, will someone need to get shot before the media turns on the protests? Moreover, if that occurs, might they still blame Trump?

It's hard to see where the bias ends on their part, but with tensions escalating every day, we may soon find out, as the threats and minor skirmishes may bring rise to something much, much more violent.