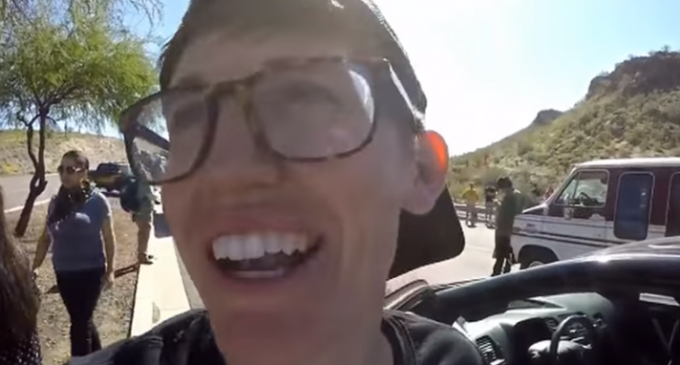 As the number of Donald Trump protestors continues to rise at his campaign rallies all across the country, the endless contradictions of left-leaning politics are beginning to unravel. For starters, why do people hate Trump? According to the news, they hate him because of his stance on immigration and the various other social issues that, in the greater scheme of things, means very little when it comes to running the country as a whole.

Three Trump protestors were arrested on Saturday as dozens blocked traffic near Phoenix for more than two hours ahead of Trump's campaign rally. The event drew thousands, no thanks to the minor hold up by the three protestors who chained themselves to their cars and threw away the keys. Apparently, they were willing to get arrested if it meant keeping Trump out of Arizona.