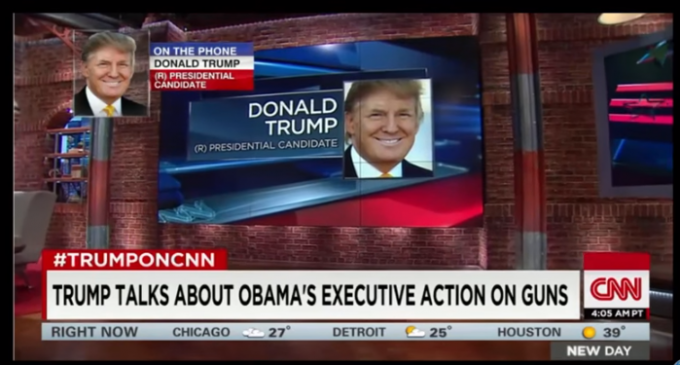 As Barack Obama preps yet another illegal executive order — this time on the issue of guns — Donald Trump is speaking out against the president on the process, and the effect it will have on the American people.

Trump argues — correctly — that this nothing but a veiled attempt by the Obama administration to make it so that ordinary citizens simply won’t be able to get their hands on guns.

Diving further into the issue, though, Trump criticizes Obama’s refusal to make a deal with the representatives elected to actually, legally make these decisions.

Trump, the author of “The Art of the Deal,” says Obama is doing it all wrong. He says negotiations need to happen or else the ensuing “deal” is anything but.

Continue reading on the next page to see why Trump thinks Obama refuses to negotiate the terms of his action on guns: