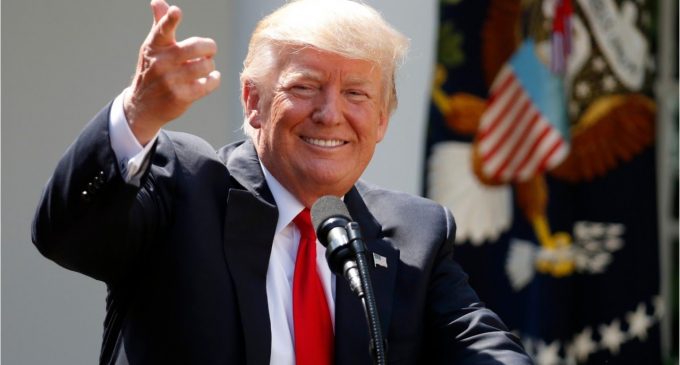 It's been eight months since President Trump assumed office and after an unprecedented, relentless, vile, cruel, unethical and brutal assault on all sides by the Fake News Industrial Complex (FNIC), Swamp RINOs, NeverTrumper faux-Conservatives, and Leftists of all shapes, sizes and colors losing it on national television and on Twitter and Facebook, the Donald is still in office.

Special Counsel Robert Mueller is still plugging away at his investigation, attempting to plow up from the earth any vestige of proof that Trump and Putin colluded in order to make him president.  The FNIC concocts a new scandal virtually every hour and throughout, with the anchors and headlines proclaiming “THE WORSE APPROVAL RATING IN THE HISTORY OF THE PRESIDENCY!” Trump remains in office.  The once-unassailable (and now highly-endangered) Swamp RINOs keep back-biting at Trump with the intentions of killing him through a death of a thousand paper cuts, and still, Trump remains.

What will it take to finally end Trump?  How many times must the hapless Party of the Jackass utter the word, “impeachment,” before it actually takes?  How will Rosie O'Donnell or Mika Brzezinski ever go on if Trump isn't in office to give their lives meaning and relevance?

Turn to the next page to read more about a stunning new way of looking at the Trump presidency and its staying power and realizing that it may not be the president after all that needs to change!