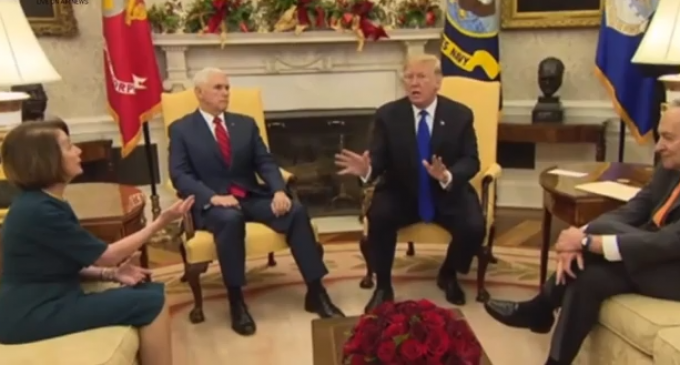 President Trump sparred with House Minority Leader Nancy Pelosi and Senate Minority Leader Chuck Schumer on Tuesday in the Oval office with cameras rolling. With a partial government shutdown looming at the end of next week, the three leaders engaged in a remarkable argument as the President threatened to shut down the government if Congress doesn't approve of funding the border wall.

“If we don't have border security, we'll shut down the government,” Trump said. He also insisted the military can build the wall if Democrats won’t vote for the funding.

House Republicans have held their demand for $5 billion to fund President Trump’s border wall, which Democratic congressional leaders have rejected.

“Our position is the president’s position,” House Speaker Paul D. Ryan (R-Wis.) told said at a news conference. “We share the president’s goal. … We need to secure the border.”

Turn the page to see the acrimonious meeting.