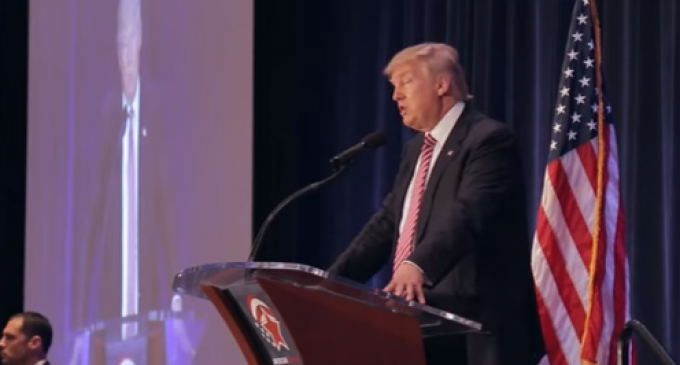 During an event that took place this week, Trump stood in front of a crowd of pastors and their families and promised to be a champion for them, should he be elected.

This would be a nice change of pace for religious figures, who have been repeatedly looked down upon by the Obama Administration and the liberal media over the past eight years. While confused Americans stand up for the Muslim cause, Christians have been receiving the blunt end of the stick, despite the fact that they're not the ones whose religion revolves around extremism.

During his speech, Trump said that he believed in religious liberty because without religious liberty there would be no liberty. Trump's goal is for pastors to finally be heard, after being silenced for so long, thanks to The Johnson Amendment, which limits the free speech of pastors and threatens to take away the non-profit tax status of churches for endorsing candidates or participating in politics.

Yet, Muslims are running for office, participating politics, and even have the ear of the federal government. How do you explain that? It's a bit contradicting.

Watch Trump's interview with CBN on the next page.