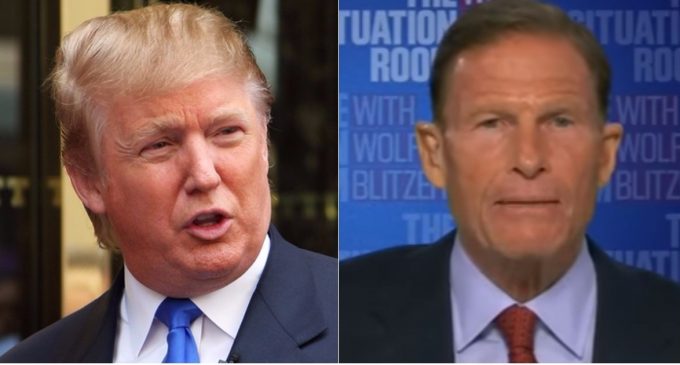 One thing America has learned from President Donald Trump’s tendency to take to Twitter and speak his mind – he is totally transparent about sharing his views and he sees social media as an effective weapon against political opponents.

Of course, the Washington chattering class clutches its pearls and whines how Trump is not being “presidential.” Can you imagine what it would have been like if the Internet and Twitter had been around in Harry Truman’s presidency?

The mind boggles at that thought.

Oddly enough, it’s taken a 71-year old man to master Twitter and use it as a means to dominate the news cycle. For every pundit who bemoans the president’s tweets and wants staff to reel him in, there are millions of Americans wanting “Trump to be Trump.”

This week it’s been Connecticut Senator Richard Blumenthal who’s been the target of the president’s tweets, and he’s come back with a few of his own. On the next page, find out about the Twitter war that’s erupted between the two and how President Trump has used it to revive stories of the Connecticut Democrat’s most humiliating career moment.