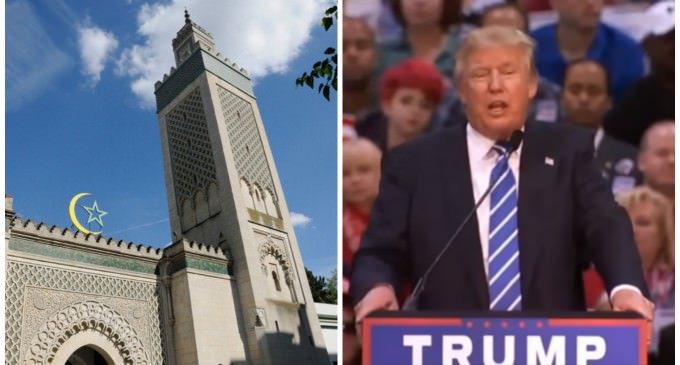 Trump, the presidential candidate who is the staunchest defender of US borders, was asked on MSNBC in the wake of the Paris terrorist attacks, if there is anything else alongside securing the borders that he believes needs to be done now to protect United States citizens.

His response will anger many.  “We’re going to have to watch and study the mosques because a lot of talk is going on at the mosques,” Trump said.

Trump was also asked if he would follow the France's example of shutting down mosques.  He responded, “I would hate to do it, but it is something you would have to strongly consider, because of some of the ideas and some of the hatred, the absolute hatred is coming from these areas.

You know in New York City, is an example, had a group of people, from what I understand, that really knew what they were doing, and really studying the situation and they are not doing that anymore, under the new mayor.”

On page two, Trump discusses the old regime, after 9/11 versus how the new mayor tracks down Muslim terrorists.